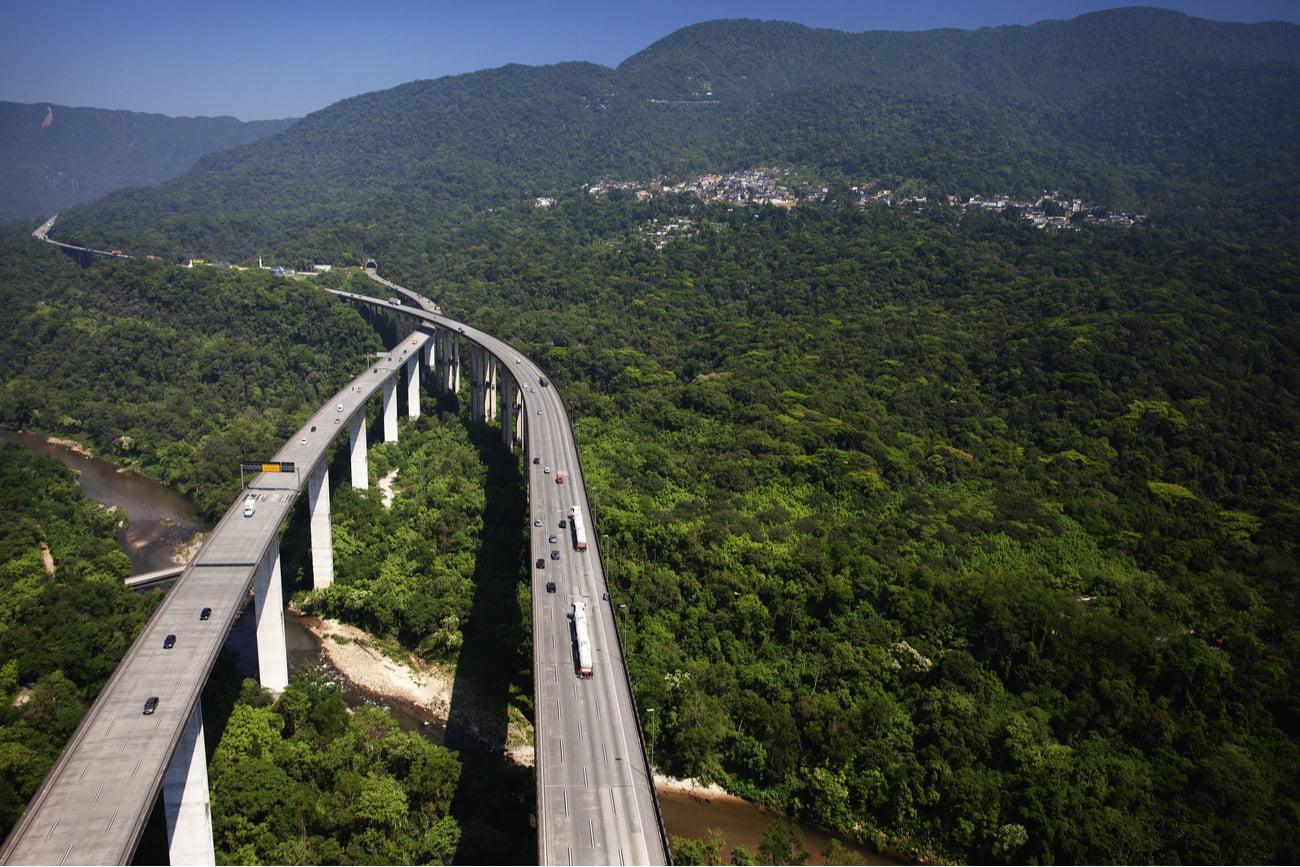 Driving in Brazil: things to know and what to expect

Home > Car rental tips > Driving in Brazil: things to know and what to expect

Thinking about visiting Brazil? A car rental can be a good option for getting around! Here’s everything you need to know before renting a car in Brazil and what to expect in brazilian streets when you’re there.

If you’re planning a trip to Brazil, you definitely have heard people say how transportation is not always easy. And it’s not hard to imagine why, since Brazil is the size of a continent.

While you can go to most places by plane (even if it’s a long flight), there are some cities and beaches which are more easily accessed by car. Renting a car also means you have the freedom to go wherever you want and whenever you want, which is great if you want to stay somewhere a little longer and make the most of your trip.

That being said, of course driving in another country with different regulations has its challenges. Driving in Brazil is not always easy, but it can be really useful if you’re planning on visiting a city or historical town nearby.

What are the requirements to drive in Brazil?

To be able to drive in Brazil, you must be at least 18 years old and have a driver’s license. If you’re a foreigner, you can drive with your home country’s license and a valid passport.

What do you need to rent a car in Brazil?

To rent a car in Brazil, renters must be 21 or older, have a valid and original driver’s license held for at least 2 years and a valid passport. Please note that you’ll also need to present a personal credit card for the security deposit.

What side of the road do people drive in Brazil?

In Brazil, drivers ride on the right side of the road, just like in the US!

What are the speed limits in Brazil?

How do gas stations work in Brazil?

In Brazil, there’s no self-service gas stations, so someone is always going to help you with that. Usually, you’ll pay directly to this person or inside to the cashier in either cash or credit/debit card. There are also many different types of fuel, cars being typically filled with ethanol or gasoline. Nowadays, most cars can be filled with both (called “flex” in Portuguese).

Can you drink and drive in Brazil?

Brazilian traffic laws are very strict when if comes to driving under the influence. The limit is 0.04 milligrams of alcohol — which for some people might be equivalent to a can of beer.

Can you use your phone while driving in Brazil?

No. Even if you’re just sitting in traffic, holding your phone in your hands is enough for a fine.

Driving in Brazil: what to expect

If you’re driving around a Brazilian city

Traffic is something you have to take into consideration. If you’re driving around big cities like São Paulo and Rio de Janeiro, we highly recommend you avoid driving at rush hour, at about  6 pm. At this time, the number of cars and motorcycles on the street increases so much it may take twice or even three times as long to go from point A to point B.

To avoid rush-hour, plan ahead and look for a nice restaurant nearby to have dinner, relax and go back to your hotel with no stress involved!

Most touristic cities have well-kept streets and roads around them, so there isn’t much to worry about. Some streets far from the city center may have problems with maintenance, but the chance of you having to drive anywhere near them is very low.

There’s much that has been said about Brazilian safety, but our main tip to have a safe trip to Brazil is to be aware of where you are at all times.

It is safe to drive around Brazil most of the time. Brazilians go to work and school by car, bus, subway and train everyday, but they’ve learned to pay attention to their surroundings.

If you’re a bit anxious about it, just drive with the windows closed at night and avoid leaving the touristic areas of the city. Most of the serious and unsafe stuff you see in the news about Brazil don’t happen all the time like you would imagine.

Driving in Brazil is pretty straightforward. If you’re feeling a bit apprehensive, it’s better to not pick-up your rental car right away, but instead take a taxi to your hotel and get acquainted to the street signs and speed limits.

Most of the biggest Brazilian cities have very strict speed limits and many radar speed signs. Be aware that Brazil uses the metric system, so speed limits will be shown in km/h (kilometers per hour). For comparison, 100 kph is equivalent to about 60 mph.

When you’re driving around a Brazilian city, there will be a few options for parking.

When in doubt, look for “Estacionamentos”, parking garages where you pay by the hour or day.

If you’re planning on hitting a Brazilian road

On an average day, you’ll probably only face some traffic when leaving the city for the road.

Now, if your road trip is scheduled during a national holiday, know that traffic jams on the road are possible. Most Brazilian roads, even near big cities, have one to three lanes, so there isn’t that much space for the amount of cars leaving town.

If you’re coming to Brazil to enjoy summer, roads are also packed during the weekends, mainly on the way to the beach. Since you’re on vacation, plan ahead and leave the city on a weekday, when most people will be working and out of the road.

Roads in Brazil can be very well-kept when there are tolls around, so our tip is that you look for toll roads when planning your road trip.

The price varies a lot from state to state, but paying will be worth it for maintenance and road support. Some tollways offer roadside assistance if the car breaks down, which is a huge safety bonus, and the only thing you have to do is call for help.

Some freeways in Brazil are also quite well-kept, but the probability of that happening is much lower. Road signs are sometimes scarce, and so are petrol stations and diners where you can stop for a snack or bathroom break.

Tollways are generally very safe in Brazil, even at night. One thing you might notice while on the road though is that there are a lot of trucks. Brazil’s main mode of transportation for consumer goods is through roads and trucks, so you can expect many of them.

On the road, cars must keep their headlights on at all times, even during the day. Like the cities, most roads also have radar speed signs and sometimes even police officers with speed guns.

How do you feel about driving in Brazil? If you have any doubts, leave your questions in the comment section below!

Subscribe to our newsletter and be part of our VIP list.
Up to 30% off, upgrades and more!
Brazil

Black Friday: 5 tips to save money on end-of-year trips 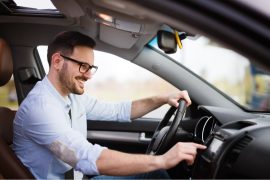 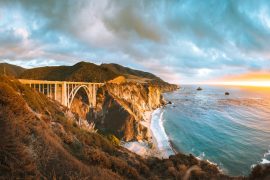 The best routes for a trip across the USA