Everything you need to know about electric cars

Home > Specials > Everything you need to know about electric cars

The expectation is that by 2035 at least 60% of global vehicle sales will correspond to the electric car category; find out how to rent yours with Rentcars in an easy, practical and economical way

Electric cars are a market trend not only because of the environmental aspect and the reduction of pollutant emissions, but also because of the savings these vehicles offer when it comes to fueling. Big brands such as Volvo, Ford, Mercedes, and Volkswagen have already set goals to increase the production and sales of electric cars, which is a great stimulus for the growth of the category.

In the USA, the cost of an electric vehicle should become as cheap as traditional models as early as 2024. Ford even plans to produce more than 2 million electric vehicles annually by 2026 – which represents a third of the total production volume.

In the UK, starting in 2030, automakers will only be allowed to sell electric cars. In Europe, in general, the deadline is a little longer, but not quite as long: 2035.

Some international conventions, such as the Paris Agreement, reinforce actions that seek to reduce the greenhouse effect and, therefore, these vehicles gain even more power. There are even projections indicating that 60% of global sales should correspond to electric cars in the next decade.

How does the electric car motor work?

Electric cars work by taking electricity from the grid through a plug at a charging point. They then store electricity in rechargeable batteries that power the electric motor, which turns the wheels. In addition, electric vehicles accelerate faster than models with traditional fuel engines and are lighter to drive.

What types of electric cars are there?

Plug-in electric: This means that the car runs exclusively on electricity and is charged when plugged in. This type of vehicle produces no emissions like traditional cars.

Electric-hybrid: These run mainly on fuel such as gasoline or diesel, but also have an electric battery, which is recharged through regenerative braking. They allow you to switch between using the fuel engine and ‘electric’ mode at the touch of a button. These cars cannot be connected to a source of electricity and rely on gasoline or diesel.

How does charging work?

The main way is to connect the car to a public charging station or with home power. In Europe, for example, there are many charging stations, which puts the driver at ease.

How long it takes to charge an electric car?

There are three charging speeds for electric cars:

Slow charging: usually rated up to 3kW. Often used for charging overnight or at the workplace. Charging time: 8-10 hours.

Fast charging: typically rated from 43kW. Compatible only with electric cars that are capable of this type of charging. Charging time: 30-60 minutes.

It’s important to remember that the weather interferes with the quantity of energy your electric car consumes: in summer the reach is greater, in winter it’s less.

So, are you ready to drive an electric car?

Europcar is one of today’s largest electric or traditional car rental companies. It was founded in 1949 and has more than 200,000 vehicles and service in over 140 countries worldwide. If you are planning to travel soon, Europcar is a great choice for your car rental. Book your car rental now and enjoy your trip!

Explore the world by car!

Rentcars is the practical way to rent a car: you compare the best car rental companies in the world and choose the best option to fit  your budget and your travel schedule. Plus, you can take advantage of year-round promotions, with discounts of up to 30%OFF on car rental rates around the world. Make your reservation and enjoy your trip!

Subscribe to our newsletter and be part of our VIP list.
Up to 30% off, upgrades and more! 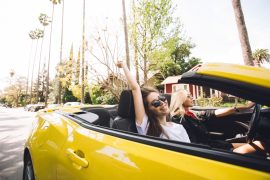 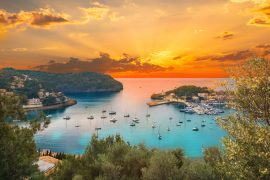 Spring Break: top 6 most popular beaches to enjoy the vacations