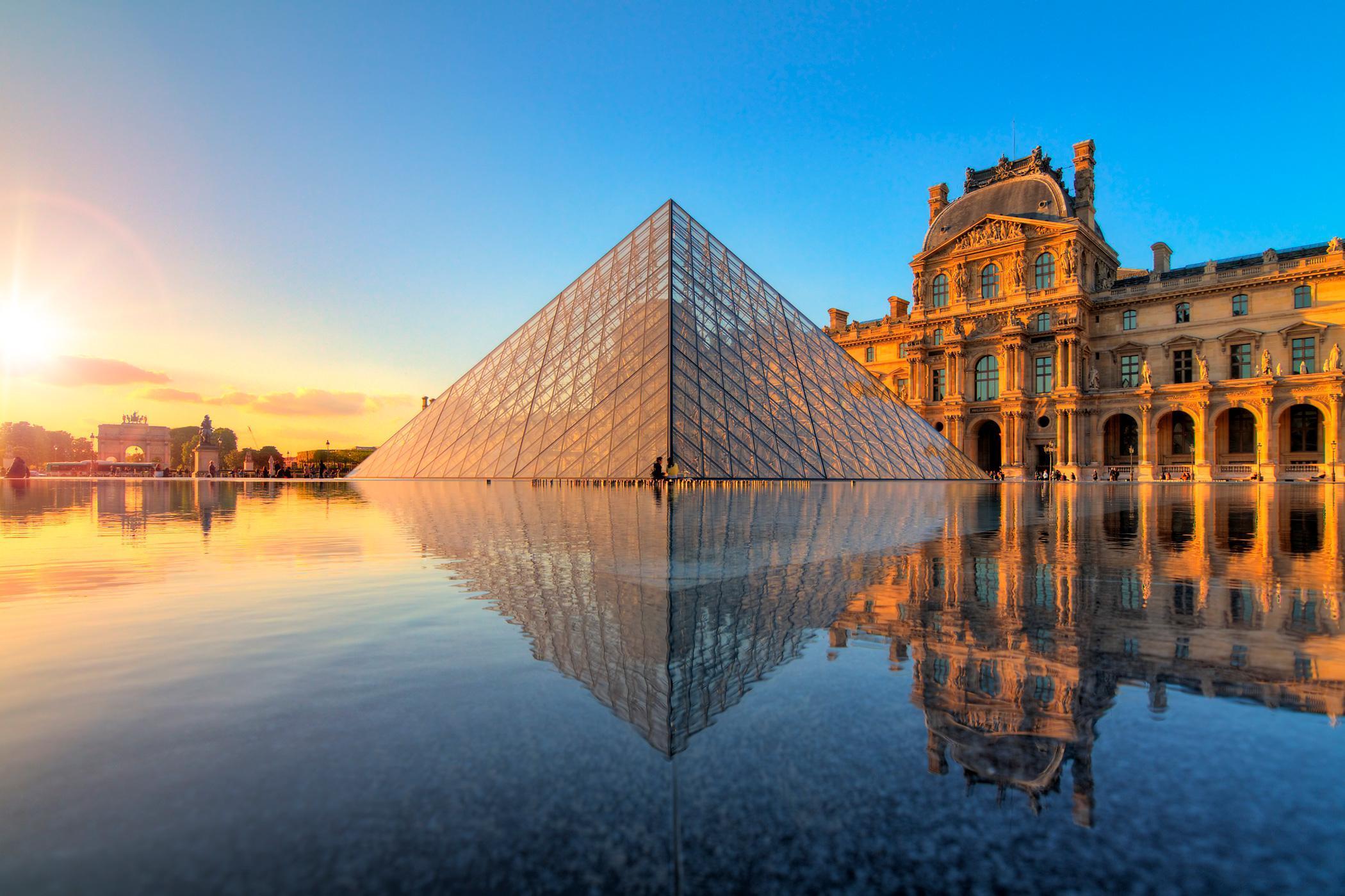 Travel around the world

10 Best Museums in the World

Let’s travel around and visit the most exciting and best museums in the world! Check out our special list featuring museums in the United States, Europe, Brazil and much more.

Culture, history and knowledge. Whoever walks into a museum never leaves the same, isn’t it? Museums can take us to other times and eras, allow us to learn from ancient societies and understand human beings a little bit better.

With that in mind, we made a list of the most amazing museums in the world! How many of them have you already visited? Which ones do you want to visit the most? Let us know in the comment section at the end of the post!

10 best museums in the world

The Louvre is absolutely one of the most famous museums in the world! With its routes set in Paris, the most romantic and touristic city on the planet, the Louvre is one of those museums you just can’t miss. You can spend many days visiting its galleries and still not see everything!

The greatest art museum in the world, obviously, wouldn’t disappoint any visitor. Its gigantic area is the home of thousands of objects from many eras, holding items from prehistory to recent times. Opened in 1793, the building that serves as the home of the Louvre, called Louvre Palace, is a touristic attraction by itself not just on the inside, but on the outside as well.

And to our art lovers out there, the Louvre Museum area in Paris has so much more to see. Musée d’Orsay, Musée Rodin, and Musée Eugene Delacroix are just a few of the museums you’ll find nearby.

The Metropolitan Museum of Art doesn’t really need an introduction, does it? Opened in 1872, The Met has now more than 6 million yearly visitors. Located on the east side of Central Park, The Met is so big that its curators work in 17 different departments. And we’re not even counting the 6 other departments that work in the conservation of the pieces and the scientific research team. Wow.

Inside the museum, more than 2 million items are divided by geolocation. Beyond this, there are incredible collections of armaments, costumes, drawings, musical instruments, photographies and more.

If you’re planning a visit to The Met, don’t forget to cross Central Park to also pay a visit to the Natural History Museum!

The Museo del Prado or Prado Museum is one of the most important museums in Europe and the world! Located in Madrid, Spain, the museum first opened its doors in 1819 and now welcomes more than 2.5 million visitors every year. The building is magnificent, in neoclassical style, and holds in its interior thousands of Spanish and European pieces.

The Prado Museum is, of course, of great importance to Spanish art. Artists like Diego Velázquez, El Greco, Francisco Goya, amongst other Spanish painters, are found inside those walls.

Who else is planning a trip to Madrid now? Near Museo del Prado you’ll find other touristic attractions like the Buen Retiro Park (“Buen Retiro” means “pleasant retreat”), where you can find the beautiful Crystal Palace, many fountains and gardens.

One of most interesting museums in our list is definitely Instituto Inhotim in Brazil. Inhotim is located in the state of Minas Gerais, where you’ll also find a lot of historic sights and ecotourism.

Its area of more than 12 square miles is filled with contemporary art and incredible gardens. The art is, actually, inside and outside of the many buildings that make Instituto Inhotim, making it even more special.

Entrance: R$44. Wednesdays are free of charge with the exception of national holidays

The National Gallery in London might not be the biggest in the city, but here the focus is not on quantity, but on the importance of the pieces inside the walls of the Gallery.

With “only” 2.300 paintings, the collection started when the British government acquired paintings from a collector and it’s mostly made of donations. There you’ll find paintings from renowned artists like Leonardo da Vinci, Sandro Botticelli and many others.

The National Gallery is also the 4th most visited museum in the world, just behind The Louvre, The British Museum and The Met.

Entrance: free of charge at all times, just like many London museums!

The Hermitage Museum is located in Saint Petersburg, Russia, just next to the Neva River, and it is the second biggest museum in the world. There are 10 buildings in total, so there’s much to see!

Many of them, as you’ll see below, are not just city attractions on the inside, but also on the outside. The Winter Palace, where the russian tsars stayed during the winter, is the one the main buildings.

The museum holds not only Russian works of art, but also European, Asian and North-African art. Opened in 1764, it is one of the oldest in our list and it’s the home of more than 3 million (3 million!) pieces and the Hermitage Theatre.

Entrance: 700 RUB. Free entrance on the third Thursday of each month

The Acropolis Museum is located in Athens, Greece. I bet you’re thinking this is also one of the oldest here, but it’s not the case at all! The Acropolis Museum opened its doors in 2009, replacing the old structure that was finished in 1874. Today, the modern building is prepared to resist to earthquakes and it’s a nice contrast from sculptures of 500 BC!

The collection in the Acropolis Museum, as you can imagine, is made almost completely of archaeological discoveries from the Acropolis itself since the XIX century. In a country with so much history like Greece, it’s easy to see how discoveries never end, right?

If you’re planning a trip to Athens, know that the Acropolis Museum and the Temple of Zeus are close to one another, just a 10-minute walk apart.

The Galleria Borghese, or Borghese Gallery, is located in Rome, Italy. Its incredible collection, mostly made of paintings, sculptures and objects, was firstly curated by Cardinal Scipione Borghese, who already collected pieces from Caravaggio and was the patron of sculptor Gian Lorenzo Bernini.

The museum was opened in 1903, but the palace where it stands is even older, from 1616. Our suggestion is to visit the Villa Borghese Park, part of the grounds where the gallery is built. There you’ll find a zoo and many gardens and fountains.

To our art lovers: nearby you’ll also find the National Etruscan Museum and the Galleria Nazionale d’Arte Moderna, both well-worth the visit.

The National Museum of Anthropology, or Museo Nacional de Antropología in spanish, is the largest museum in Mexico and holds incredible mexican anthropology and archaeology items.

The MNA opened in 1964 and was built in just 19 months, projected by — amongst other architects — Pedro Ramírez Vázquez, who also worked on many famous buildings in Mexico.

This incredible museum pays a deserved homage to the indigenous people in Mexico, their culture, tradition and knowledge in more than 45 thousand square meters! Even without entering the building, the museum is a great stop to include in any trip to Mexico City. Be sure not to miss El Paraguas (“the umbrella” in Spanish), a massive structure that reminds you of an umbrella, water and all.

The Galleria dell’Accademia di Firenze, or Gallery of the Academy of Florence, as the name suggests, is located in Florence, Italy. Different from many of the museums we mentioned on the list, the Galleria has a collection focused on a time period, from 1300 to 1600.

Opened in 1784, the Galleria dell’Accademia is mostly famous for being the permanent home of the original David of Michelangelo, inside the walls of this museum since 1873. Apart from that, other works by Michelangelo are also found there, as well as paintings by well-known names like Sandro Botticelli and an incredible collection of musical instruments.

What did you think about our list? If you have ever been to an amazing museum that wasn’t mentioned here, let us know in the comments!